Is the Bangkok Life for You?

Home Is the Bangkok Life for You? 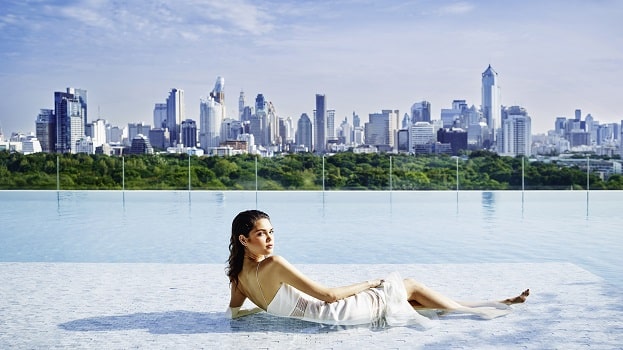 Is the Bangkok Life for You?

Why Move to Bangkok?

Bangkok, Thailand, is not only a world-renowned tourist destination but also a place where many ex-pats flock to, usually due to the cheap living expenses (except for the cost of alcohol or anything else imported).

Also, many people find work in Bangkok, mostly in international schools. Or they just bring their work with them, being digital nomads or writers.

However, Bangkok has some draws to it. We mostly mean the Southeast Asian culture, which is vastly different from the Western World. And there is also the question of sex. While prostration is illegal, it is still a well-known and booming industry since, apparently, the laws are ambiguous or not enforced. On another note, Thai food is really good. Bangkok is the capital of Thailand, so you should expect millions of people to live there. As of 2020, it is estimated that over ten and a half million people live and work in the city. However, the numbers can vary, depending on whether you count the ex-pats that have moved to Bangkok. Plus, the population is rapidly growing.

The latter can be a plus if you are planning on moving to Thailand and living in Bangkok. While meeting local people is a must, you can still expand your social link to other people from different parts of the world.

You could think of Bangkok as a social hub of not only Asian but also every other culture that decides to have a go at it in Thailand, and especially in its capital.

Like with many cities in the world, the higher the population, the more trash there is. Pollution is, without a doubt, a major problem in Bangkok. Many people claim that that could be due to a lack of bins in the city. However, the government is stepping in to reduce the problem by creating garage cages where the rubbish can be dumped and collected. They introduced this concept in 2018.

Currently, they are trying to reduce the level of plastic by taking away single used plastic bags by 2021, straws by 2022, and recycling all plastic packaging by 2027. That is the idea, at least, but it will take time since plastic is cheap, and street vendors use it often. Therefore, the government will need to develop a plan that does not jeopardize any of the country’s industries.

Concerning traffic, there is public transportation such as the subway, trains, buses, taxis, and tuk-tuks. The latter are open-air, three-wheel rides that most tourists use at least once. They are quite expensive (as are taxis, so keep your eye on the meter). However, a tuk-tuk ride can be a once-in-a-lifetime experience. However, due to the number of people and cars in Bangkok, there are many traffic jams. That, together with the litter, often results in pollution.

Staying out of Trouble When it comes to moving to a new place, especially a far away and a foreign one, safety is always a major concern. Bangkok is no different in that regard. Therefore, when you do decide to move to Bangkok, you should be careful about where and when you go. While the city nightlife is banging, there are still dark alleyways to avoid.

However, Bangkok is known for being fairly safe when compared to other places. But it would help if you were careful since pickpockets, petty thieves, scam artists, and taxi drivers who cannot wait to scam a shy and inexperienced foreigner exist. It is a city like any other, so caution should always be on your mind whenever and wherever you go, whether it is on the street or a shopping mall.

Bangkok is known for its huge markets, where you can bargain for whatever is on the table, whether it is food or clothes. There are also several supermarkets around to get your groceries. When it comes to clothes, you may have to shop for a while since the sizes are usually smaller than what you are used to in the West. However, this could be changing due to the influx of ex-pats.

Since Bangkok has a low cost of living, renting an apartment will not be tough on your wallet. However, there are high-class areas that are more expensive, and the renting system is a bit different there. For example, high- or mid-range areas ask upfront for three months worth of rent. But, if you go for a cheaper apartment, you will find many available homes close to public transport stations, supermarkets, etc. That is great because you will be able to go anywhere in Bangkok and even visit areas outside of the city. And very quickly and cheaply at that.

Another positive side of Bangkok is culture. Thailand is all about respect, so much so that it can be hard to read when the locals are angry (which is something to keep in mind when you move there, so remain calm and polite.) Many Spirit Houses burn incense, and there are images of Buddha everywhere, as well as many temples. It is an enlightening city.

Entertainment is also a highlight. There is everything, from beaches to clubs and bars, all the way to adult spas and prostitution spots. There is something for everyone, especially for people who just like to chill, such as live music events and good old Thai meals. Bangkok is a city that has ups and downs like any other. But the ups outweigh the downs when it comes to Bangkok living. That is, of course, thanks to the rich culture, the environment, and entertainment.

Plus, the locals are known for not only being super respectful but also welcoming and friendly. Although they may stare at you, that is because you will be shiny and new to them.